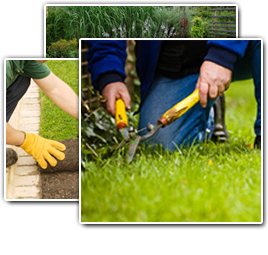 Environmental remediation, simply put, is the body of science that deals with the removal of contaminants and pollution from all types of environmental media, including surface water, sediment, groundwater and soil for the general benefit of the natural environmental and human health.

Richmond excavation is the simple process of hauling the polluted soil from its original location to a regulated landfill where it is treated either through aeration or with the use of VOCs or volatile organic compounds. Excavation is one of the simplest types of environmental remediation in practice.

Use in civil engineering
As you might expect, excavation has a lot of uses for civil engineering. This includes the construction of berms, canals, levees, dams, causeways, railway beds and roads. But excavation may also be used for land reformation such as stabilizing slopes, topography of a site, and land grading.

Use in the military
Excavation has its uses in the military. If you’ve seen a Hollywood war movie lately, you might have noticed military excavation being used to create simple fortifications. Even though soil isn’t very strong by itself, when used in large quantities, it can be used to construct formidable defenses. Some examples of excavation use in military history include hill forts, motte-and-bailey castles, sod walls, moats, etc.

Excavation equipment
Soil in huge quantities isn’t exactly a light load to carry. So for excavation, large and heavy construction equipment is used to transfer the contaminated soil from one site to another. The development of the scraper equipment and other earth-moving machines had revolutionized earthwork construction. This includes dragline excavator, backhoe, bulldozer, grader, production truck and the loader.

Fact is excavation has its many practical uses, but its most important purpose is still in environmental remediation. Talk to your local government agency if you suspect a site to be contaminated and wish for it to be excavated for treatment purposes. Trust me, you don’t want to live anywhere near a site with contaminated or polluted soil.

If you're looking for a professional Richmond landscaper, then please call us today at 804-464-8456 or complete our online request form.